Signs That the Man You Are With Is Dating While Married

There are several women nowadays that are having an affair with married men. There are also a lot of men that are married looking for discreet affairs with these women. If you ask me, dating while married isn’t completely a bad thing. Well it is a form of cheating but if you are not harming anyone by doing so then this isn’t really a bad thing. However, the bad thing here will be if you know you are stepping on people but you still continue doing what you do. So how do you know if the man you are with is dating while married? Will you be able to differentiate between a married and an unmarried man? To help you, here are some signs that they man you are with is dating while married to another woman. 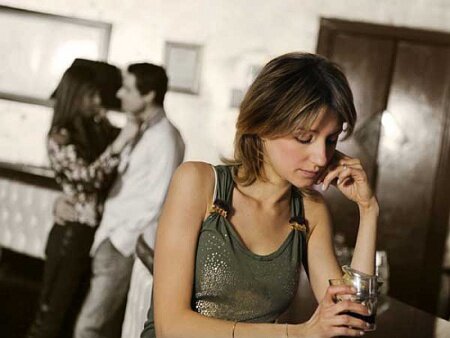 If he is inconsistent

Inconsistency is one of the most common proof that a man is lying; regardless of whether he is married or not. You can tell if he is lying or not in several different ways. One way is if he suddenly cuts his phone call with you for no reason. Another is if he is not available most of the time. These things are signs that he has someone else that he has to attend to. Watch out for other signs of inconsistency too.

If he is keeping secrets

Another sign that the man you are with is dating while married is if he is keeping secrets from you. Yes, everyone has secrets but not knowing any details about him and his background after dating him for quite some time is a different story. If you ask him some personal questions and he answers these questions vaguely or if he evades the topic then he is definitely keeping secrets from you. You should remember that in any kind of relationship, honesty is a very important factor. Plus, don’t compromise your safety as he might be keeping something illegal too.

Meeting his family and friends

If he is giving too much effort

Yes, being showered with gifts and presents is always good. However, there are times that the man is doing too much. You can tell if he is overdoing things if he’s treating you like no man has ever treated you before. Chances are he is just doing things like this to make you give in earlier. This may be because he is under a time limit or he just doesn’t want to be caught. Either way, giving in too early will only spell doom for you in the future.

Next post: Advice on Quick and Efficient Online Dating for Married People